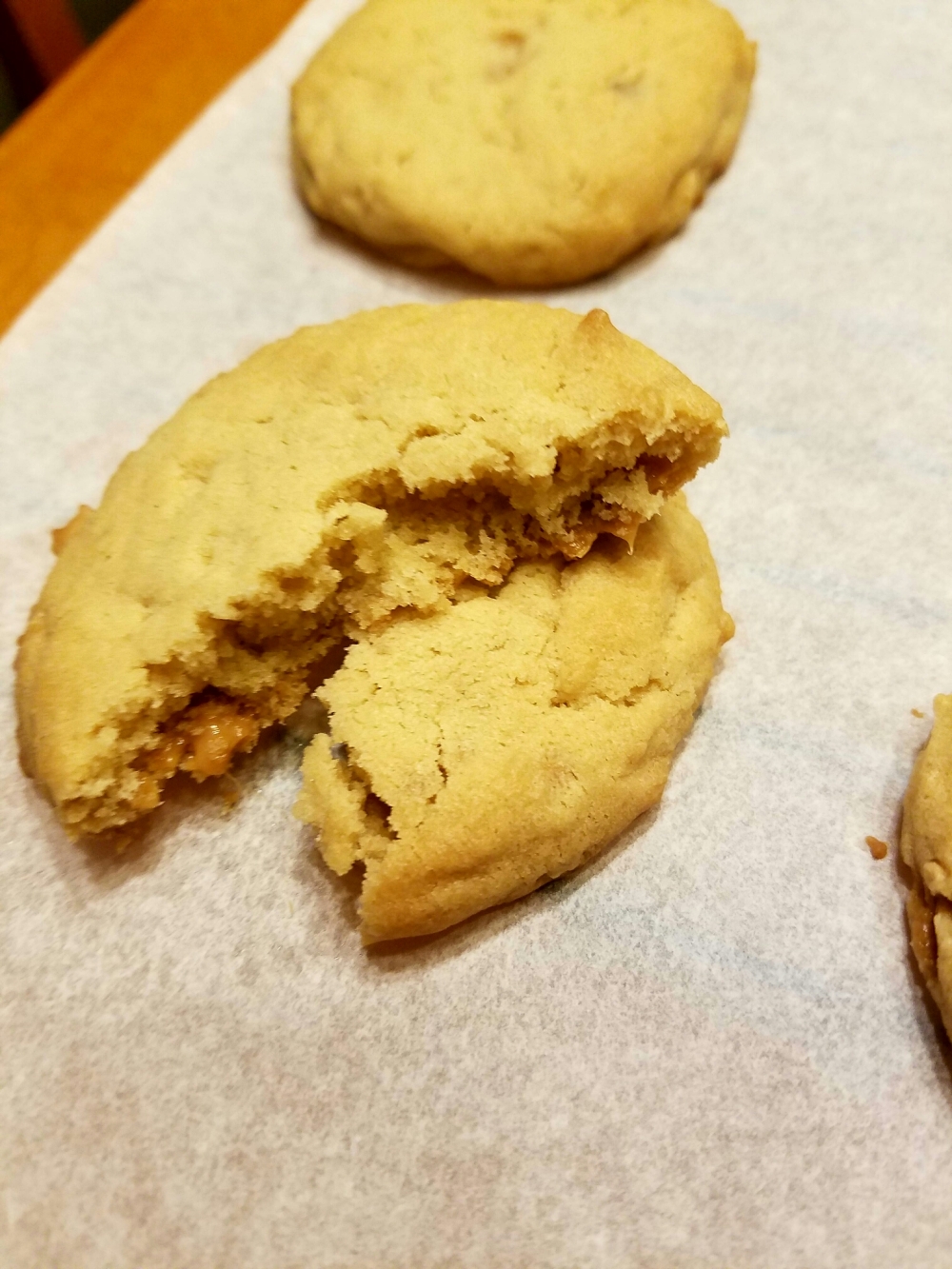 You’d think that a professionally trained baker wouldn’t make the rookie mistake of messing up how many sticks of butter are in half a cup (answer: one) but I’m claiming “Mommy brain” on this one. Also, weirdly enough, if you’re used to dealing with a pound of butter as one brick, and dividing it that way, mentally dividing it into sticks lengthwise takes a few extra minutes of thought.

Yup, that’s two sticks of butter right there. By the way, that shot glass like thing is only the best measuring cup for amounts under an ounce. And I found it at Wal-Mart! Never try to pour vanilla extract into a measuring spoon again!

What I’m trying to say is that I accidentally doubled the amount of butter in this recipe. The funny part is I only knew when I re-read the recipe after. It tastes fine and the dough didn’t seem off, except maybe that the finished product isn’t as crackly with oozing caramel, and the texture is really sandy like shortbread, probably due to the excess shortening effect of the extra butter.
Quick food science lesson: “shortening” is any fat, and it’s called that because it coats the flour grains, protecting them from water, and so inhibiting gluten development. The less gluten development, the more crumbly the product.
But they still tasted good! A few managed some caramel leakage, the soft caramel taking on a crunchy texture like brittle. I wish they all did that (as they were probably supposed to). Otherwise it’s just a bunch of caramel sticking in your molars.

It might also have helped if I didn’t roll the dough into balls like they instructed. My husband scooped some for me, he didn’t roll, and they seemed a bit more crackly. I use a cookie scoop so they were pretty round anyway. I also followed the suggestion to flatten them with my hand a bit before baking.

Interesting that I had to cut up caramels for this. I once made an apple cider caramel cookies where the dough was formed around the caramel. That was a sugar overdose.

Pain in the butt, but I cut each piece into about 12 pieces. 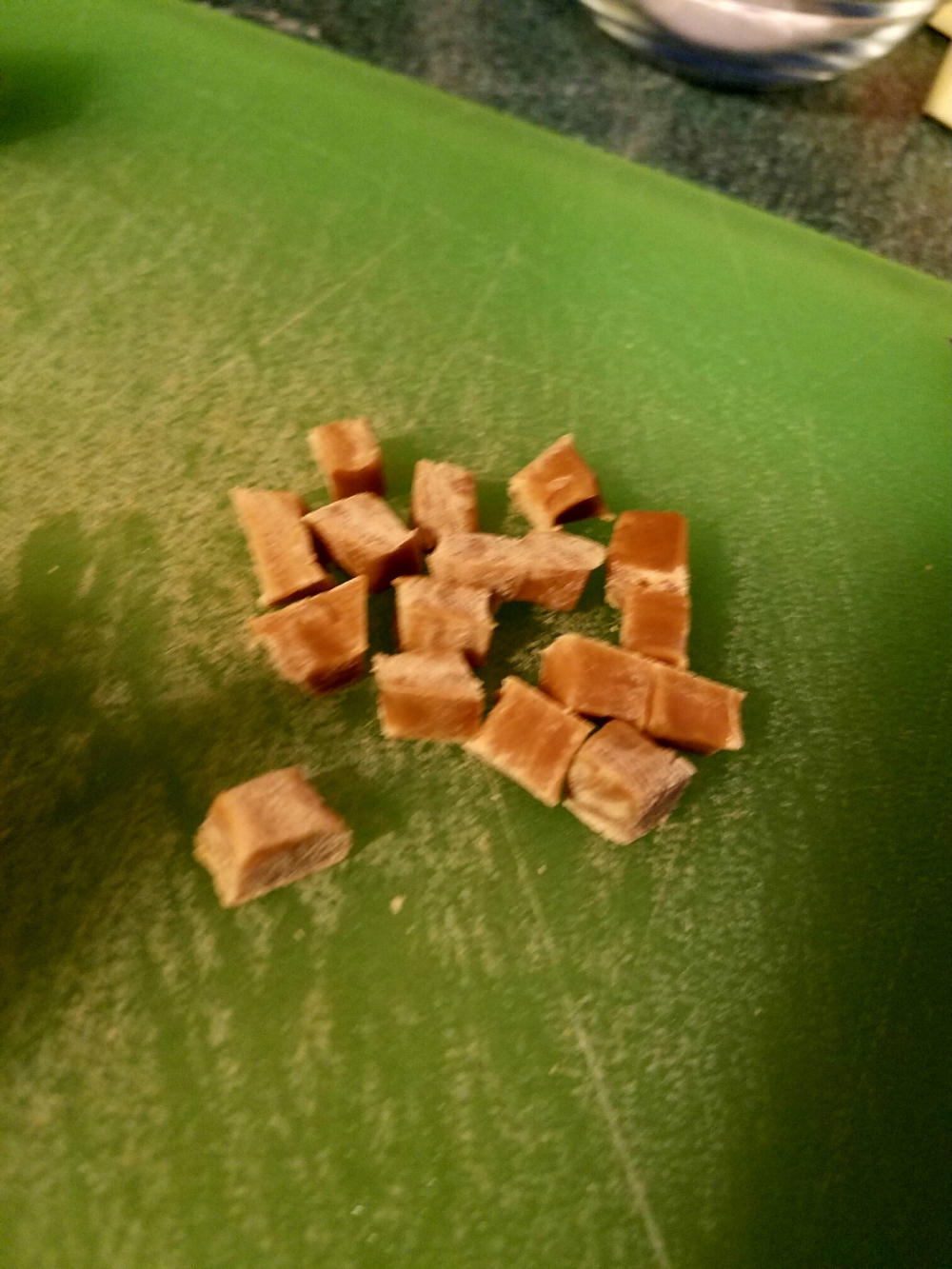 The only sea salt I had to sprinkle on top was this:

No, I don’t believe that “fresh-ground” salt tastes better. I got tired of my table salt clumping in humid weather, and putting uncooked rice in the shaker to absorb the moisture just got me uncooked rice on my plate. This isn’t exactly the highest quality mill, of course.

Overall impression: The cookies aren’t as flavorful as I expected. I definitely preferred the ones where the caramel leaked and got crisp. I have no idea how much doubling the butter changed the flavor.

Next time: Arizona’s shortbread thumbprints with prickly pear jelly that I’ll likely have to order online. I may have to do Alaska first, which is just a well because it’s next alphabetically. Not sure why they swapped positions on the site.